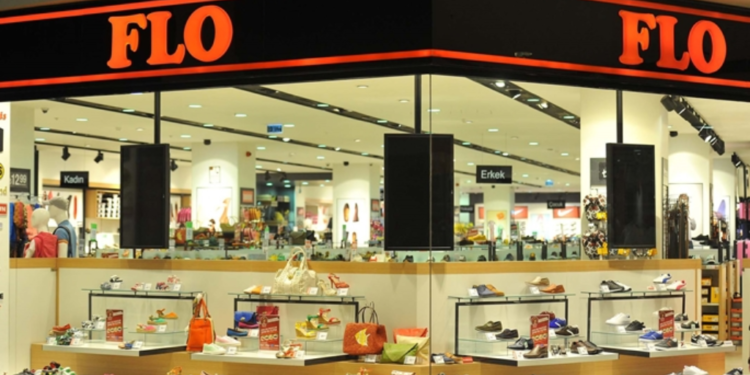 FLO Retailing, the foundations of which have been laid by Ahmet Ziylan in a small workshop of 50 square meters in Gaziantep around the beginning of the 1960’s, has started its operations in order to produce custom-made shoes. Ahmet Ziylan, changing the route to Istanbul with the sub-industry production that started in Istanbul in the 70’s, has established Ziylan Shoes in 1985 and started to produce their first sports shoes here.

After placing the “Kinetix” brand, which is the most preferred sports brand in Turkey today, in the market in 1989, FLO Retailing has had the Polaris brand registered in 1994 and reached the position of the sector leader also in the slippers segment within a very short time.

FLO Retailing has stepped into the market with the FLO brand in 2001 and brought the “shoes store chain” system into Turkey.

It has become the distributor of the Dockers by Gerli brand in 2003 and subsequently acquired the right for the licensed production of the brand.

FLO Retailing has carried its expertise in shoes over to Europe by acquiring Lumberjack, the iconic brand of Italy, in 2012.

FLO Retailing, also supporting the sector by its investments, has made an investment of 15 million TL in and established its shoes factory in Şanlıurfa, where it aims to offer employment to 1000 individuals by producing 1 million 800 thousand pairs of shoes per annum in the first stage.

In November 2013, it has appended its signature under a major partnership by joining forces with Gözde Enterprise Capital Investment Partnership Inc., BİM and Mater Footwear BV.

In 2014, Sport in Street has been established in the “sneaker” group, which reflects a comfortable and sporty lifestyle, as a new retailing concept that has been created to offer world renowned brands collectively. Sport in Street, which serves in more than 52 stores throughout Turkey today, is aimed to reach 100 stores by the end of 2017.

In 2015 FLO Retailing, which also draws attention by its investments in mankind and sustainability, has established its Quality Laboratory that currently has an annual capacity of 132 thousand ecological tests and 6,000 physical tests and has been entitled to receive the ACCREDITED BY TÜRKAK certificate in April 2016.

FLO Retailing has accomplished the largest acquisition in the recent years in 2016, by acquiring the German HR Group, which houses Europe’s second largest shoes retail brand Reno within its organization, together with Capiton AG that is again the most important fund investment company of Germany.

While FLO Retailing, continuing its growth without pausing in line with its goal of becoming one of the 10 global brands that will emerge from Turkey in 2023, serves in almost 400 stores domestically through the FLO and Sport in Street retail channels, also offers its services in almost 50 FLO stores abroad.

FLO Retailing, which exports to Pakistan, Macedonia, Oman, Iran, Turkmenistan and Bulgaria with the shoes brands within its organization, produces 120 thousand pairs of soles daily at the sole factory it owns and exports to many countries such as France, Italy, Portugal, Russia, Ukraine, Romania, Bulgaria, Jordan, Palestine, Egypt, Algeria and Morocco as well as meeting the demand of the Turkish market.

Offering employment to more than 7 thousand individuals directly and almost 30,000 indirectly, FLO Retailing accomplishes the production of more than 3 million 500 thousand pairs of shoes and the sales of 35 million pairs of shoes per year.

19.2k
No Result
View All Result